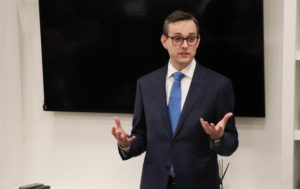 In his first term on the Dallas City Council, Scott was voted as the 2012 Best Politician by D Magazine and the Dallas Observer. “Scott has proven himself as a voice of reason,” according to D Magazine.

On the Dallas City Council, Scott is the vice-chairman of the Government Performance and Financial Management Committee. He is a member of the Economic Development and Housing Committee and the Quality of Life, Arts and Culture Committee.

He served as chairman of the Housing Committee from 2015 to 2017, when he led the city’s development of a new, comprehensive housing policy. He also spearheaded the crafting of an ordinance ensuring better regulation and higher standards for boarding homes, earning him the 2012 Carmen Miller Michael Mental Health Advocate Award presented by Mental Health America of Greater Dallas.

Scott has also fought against gas drilling within city limits; led the push for the first buffered bike lanes and a fully realized bike lane system in the city; and he led the effort to kill the tollroad that North Texas Tollway Authority’s own study showed would cost taxpayers billions of dollars and actually make traffic worse in the City of Dallas.

Rather than push for a toll road in a park, Scott has focused his efforts on realizing the Trinity River Project’s amenities by bringing “life between the levees” with a Trinity Trails System and recreational elements. Scott has also intensely examined the Dallas Floodway System to ensure mandated improvements to the city’s levee system are successful in protecting lives and billions of dollars in property values.

Before joining the City Council, Scott was the two-term president of the Fort Worth Avenue Development Group from 2007 to 2010, where he created a Tax Increment Finance District, implemented crime and code compliance programs and advocated for more New Urbanism-based transportation planning and zoning. He has also served on the executive committees of his neighborhood association in Stevens Park Estates, the Oak Cliff Chamber of Commerce and the Oak Cliff Transit Authority. An early advocate of complete streets and bringing the modern streetcar to Oak Cliff, Scott was part of the TIGER I team and $23 million grant for the streetcar.

Scott grew up in Dallas, attended Texas A&M University and graduated with a degree in chemistry before attending law school at the University of Texas. After obtaining his law degree, Scott returned to Dallas to practice intellectual property law.

In 2002, he married his college sweetheart, Mariana, and moved to Oak Cliff. 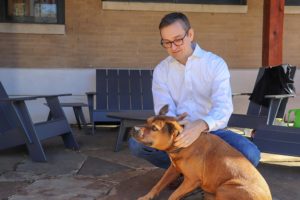 Scott and Mariana enjoy gardening, and Scott is an avid chess player. They have three children: Catalina, Francisco and Guillermo 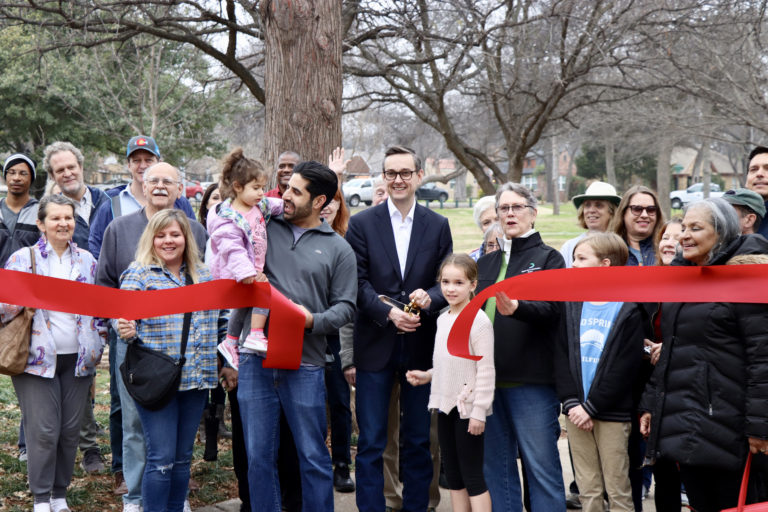